CFHT has been collaborating with with Akamai since 2007 to build a local workforce, including:

Students get training that will prepare them for future jobs at telescopes or other high tech industry positions, and at the same time make real contributions to CFHT (see box below).

By collaborating with Akamai, CFHT contributes to a statewide effort to build a local workforce. The Akamai program has provided more than 350 internships to college students from Hawaii 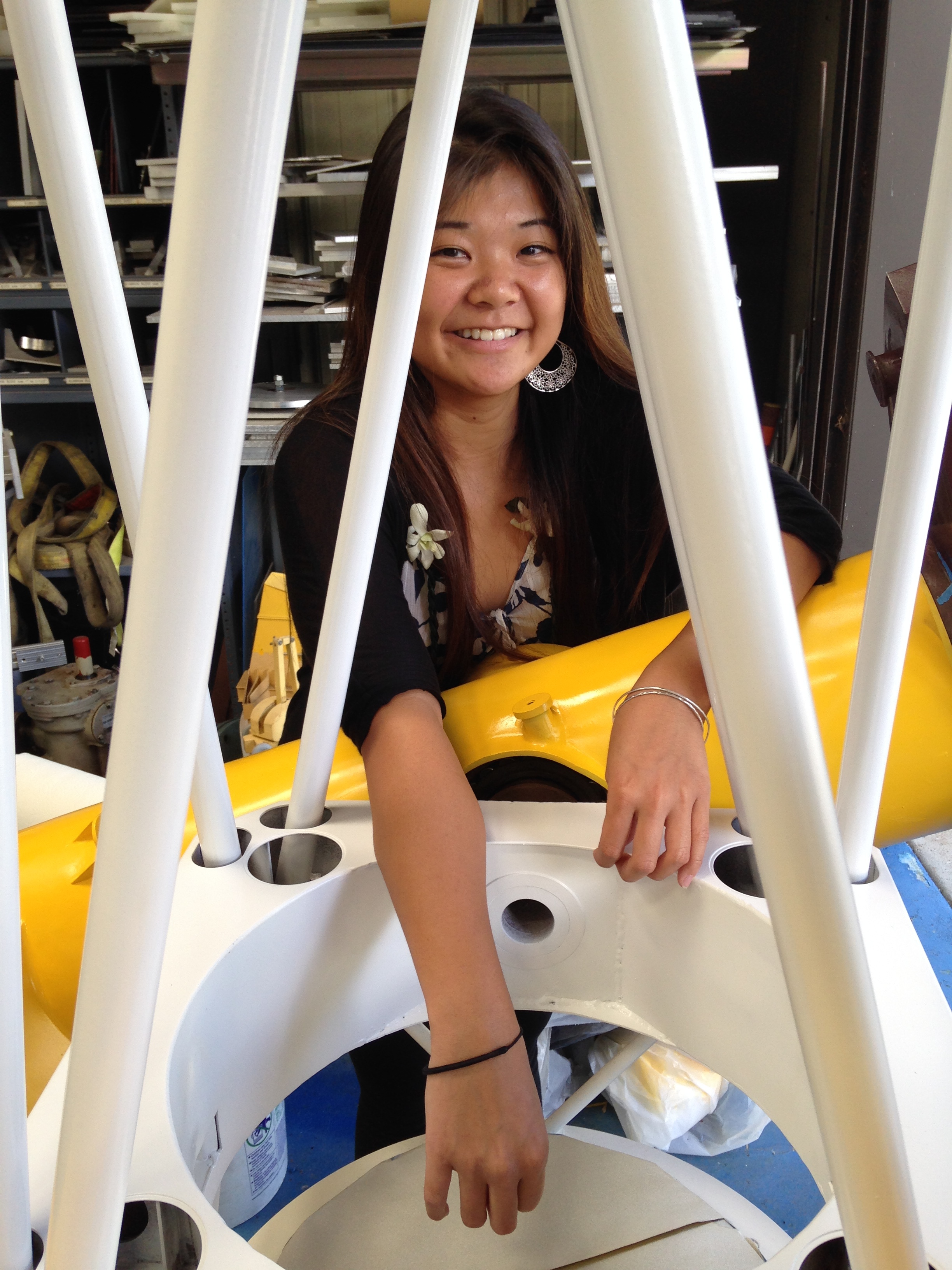 Investing in training the next generation through effective mentoring

16 students from Hawaii have completed internships at CFHT through Akamai

Below are some of the Akamai alumni who completed Akamai internships at Canada-France-Hawaii Telescope. The full list CFHT Akamai is also available.

Eric Dela Rosa (Honoka‘a High graduate, Hawaii Island): Eric was accepted into Akamai in 2007, when he was a student at Hawaii Community College. He was placed at CFHT where he developed a user interface to setup of one of the main instruments at CFHT. His interface automated many steps and saves several hours of setup each time this instrument is put on the telescope. Eric is now the Technology Director at Parker School in Waimea.

Amber Imai (Waiakea High graduate, Hawaii Island): While working on her engineering degree at University of Hawai‘i at Mānoa, Amber was accepted to the Akamai program in 2008. At CFHT she worked on the observatory automation project at CFHT, setting up a server that stores audio and video streams from cameras installed inside the building. This archive is used every time a strange sound is heard in the dome or when visual inspection of some kind is needed. Amber earned her degree and is now an avionics engineer at Hawaii Space Flight Lab.

Raycen Scott Wong (Waiakea High graduate, Hawaii Island). Raycen was a student at UH Manoa when he was accepted into the Akamai program in 2015. At CFHT he worked on heat mitigation in Canada-France-Hawai‘i Telescope’s Wide Field Infrared Camera.

Daryl Albano (Kea‘au High graduate, Hawaii Island): Daryl attends University of Hawaii Hilo, and is majoring in computer science. In 2016 he was accepted into the Akamai program at was placed at CFHT. His project there was to Design an observatory asset management system. In 2017, Daryl completed a second Akamai internship at the Thirty Meter Telescope International Observatory in Pasadena, CA.

Nicole Tabac (born and raised on Hawaii Island): Nicole attends Northern Arizona University where she is a major in mechanical engineering. In 2016 she was accepted into the Akamai program and placed at CFHT. For her project, she worked on the mechanization of the scale model of the Canada-France-Hawaii Telescope.