An international training program for the Thirty Meter Telescope (TMT) project brought more than 40 graduate students and postdoctoral researchers to UC Santa Cruz in August for an eight-day scientific and technical workshop.

At a symposium on August 25, TMT project manager Gary Sanders gave the group an overview of the work now under way around the globe as progress on TMT moves through the final design and production phases for various components of the telescope and its instruments.

“We’re very far along. A lot of work is going on globally in a big and powerful international collaboration,” Sanders said.

The TMT Future Leaders Workshop was organized and led by the Institute for Scientist & Engineer Educators (ISEE) at UC Santa Cruz. ISEE director Lisa Hunter said the workshop emphasized international collaboration and provided many opportunities for participants to apply what they learned by working in teams to propose solutions to problems currently being tackled by TMT. The intention is to train TMT’s future scientific and technical leaders.

“We want to prepare these early-career scientists and engineers to do team science in cross-cultural collaborations,” Hunter said. “There are huge challenges in coordinating a large international project like TMT, and we hope this workshop will help stimulate collaborations across the partnership.”

ISEE has a long history of working with major telescopes on education and workforce development programs. The institute got its start as part of the Center for Adaptive Optics at UC Santa Cruz and has been working with telescopes in Hawaii since 2002 and with TMT since 2009.

In Hawaii, ISEE is best known for the Akamai Workforce Initiative, which provides internships, mentoring, and support for college students in science, technology, engineering, and math (STEM) fields. Telescopes face special challenges in creating a local workforce due to their remote sites and need for highly trained workers. Akamai prepares local college students for jobs in telescope operations and contributes to the regional workforce by supporting students across a broad range of STEM fields.

TMT is currently the major funder of the Akamai program, which has provided more than 350 internships to students from Hawaii. More than a quarter of the participants are native Hawaiian, and more than 140 Akamai alumni are now working in scientific and technical jobs in Hawaii.

Maunakea in Hawaii was chosen in 2009 as the preferred site to build and operate TMT, but in 2015 the Hawaii Supreme Court ruled that the state’s permitting process was flawed. While proceedings to re-obtain the required permit move forward in Hawaii, TMT has also investigated alternative sites and last year chose a site in La Palma, on the Canary Islands, as the alternate site for TMT.

“We are working on two options,” Sanders said. “Maunakea is still the preferred site, but we are also working hard in the Canary Islands. Meanwhile, most of the project continues to move forward.”

When completed, TMT will provide new observational opportunities in essentially every field of astronomy and astrophysics. Its 30-meter primary mirror, composed of 492 hexagonal segments, will have nine times the light-collecting area of today’s largest optical telescopes, allowing TMT to reach further and see more clearly than previous telescopes by a factor of 10 to 100 depending on the observation.

The segmented-mirror design, pioneered on the 10-meter Keck telescopes, was conceived by the late Jerry Nelson, a professor emeritus of astronomy and astrophysics at UC Santa Cruz and TMT project scientist, who died in June. Sanders paid homage to Nelson at the symposium, as did UCSC Chancellor George Blumenthal in his opening remarks.

“His work empowered astronomers throughout the UC system and helped put us where we are today,” Blumenthal said.

The light collected by TMT’s enormous primary mirror will be directed to a sophisticated adaptive optics system and a powerful suite of scientific instruments located around the telescope. The three “first-light” instruments to be deployed when the telescope begins operations—two infrared spectrometers and one optical spectrometer—will provide unparalleled science and imaging capabilities. Work on the Wide-Field Optical Spectrometer (WFOS) is being led from UC Santa Cruz by principal investigator Kevin Bundy, one of many TMT collaborators who met with the workshop participants.

The TMT Future Leaders Workshop was sponsored by TMT and co-sponsored by University of California Observatories (UCO). It is part of an International Training Program ISEE is developing in collaboration with the TMT Workforce, Education, Public Outreach, and Communication (WEPOC) committee. 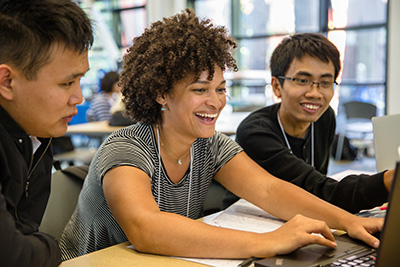 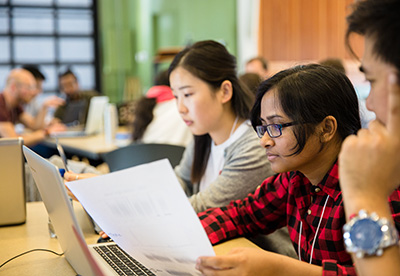 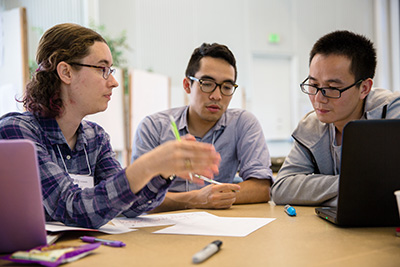 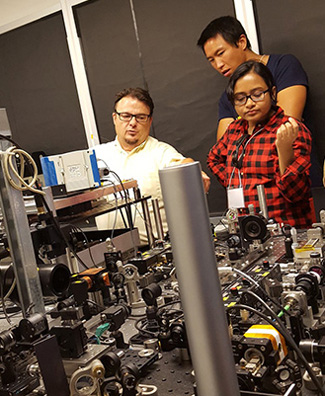